This article has been prepared for the purpose of providing information regarding general information and process of Collective Bargaining Agreements.

Collective agreements may also include provisions that regulate the rights and obligations of the parties, implementation and supervision of the agreement and the remedies to be applied in relation to the resolution of disputes. Collective agreements shall not be regulated against the Turkish Constitution.

The court will then determine the business line by assigning the experts. The assigned experts should be the experts related to the work doing in the business place. Otherwise, the expert report should not be accepted in accordance with the decisions of Supreme Court of Appeals.

B. Process for the Collective Bargaining Agreement;

Within 15 days as of union obtaining the final authorization document, the other party will be called to the collective bargaining.

Within 6 business days from the receipt date of invitation regarding collective bargaining agreement, the parties will also determine the place, the time and the day of first meeting.

Within 6 business days as of the receipt of disagreement report, the Directorate of Labor will assign a mediator in order to solve the disagreed points between the parties.

The mediator has 15 days in order to solve the disagreed points. The 15 days period can be extended for another 6 business days by the mutual decision of parties.

The mediator will submit proposals to the parties in order for parties to reach an agreement. However, the mediator does not have an authority to rule a decision with respect to disagreed points.

Strike is defined as the work stoppage of the employees in order to suspend or significantly hinder the activities at the workplace by means of stopping work by agreeing between themselves or by following the decision of a union or confederation with the same purpose.

Legal strike is conducted in accordance with the provisions of the legislation in order to protect or develop the economic and social situations and working conditions of the employees, in case of a dispute by the time of execution of collective agreements. A strike occurred without the conditions of legal strike shall be deemed as illegal.

Within 60 days from the time of the disagreement report prepared by the mediator is received, the union will have to take and execute the strike decision.

Before executing the strike, the union will inform the employer via notary public of the execution date before 6 business days from the execution time of strike.

The afore-mentioned process should be followed by the union otherwise the strike can be determined as unlawful with the decision of Labor Court.

Apart from the representative of employer, all the employees including unionized or unionized employees as well as part time workers can request for voting of strike.

Within 6 business days from the time when this petition is received by the authority, the voting will be executed in the workplace as to whether the employees are willing for strike. If more than ½ employees working at the workplace and attended to voting vote not to execute the strike, the strike will not be executed. In this case, the union will have to apply to the High Board of Arbitration within 6 business days from the day when the result of voting is final. (The parties will be able to file an objection lawsuit against the result of voting within 3 business days from the voting. If this lawsuit is rejected or the parties do not file objection lawsuit against the voting, the voting will be final). The High Board of Arbitration will draft the collective bargaining agreement and this agreement will be final.

If more than ½ employees working at the workplace attended to voting vote to execute the strike, the strike will be executed on the determined date for execution.

During the strike, the agreements of the employees attended to the strike will be pending. These employees will have to leave the work.

The employees who do not attend to the strike cannot be prevented from working.

If production is carried out with existing employees who do not participate to the strike and with those working in their own position; the afore-mentioned production cannot be prevented or limited due to the strike. If there is no such afore-mentioned condition, the production is prohibited during the strike according to the article 65 of the Law. The production again will be determined as illegal act if the production is executed  by employees taking on a task other than their own. The goods, produced as a result of production which is determined as illegal act, cannot be taken out or put up for sale. However, without any condition, the products, produced before the strike, can not be prevented from being taken out and put on sale in any way.

The strike will be terminated in case that; (i) the parties agree on collective agreement, (ii) the union may end up the strike with its decision, (iii) the parties apply to special arbitrator, (iv) the union is annulled, closed or dissolved or (v) ¾ of members of union resign from the membership.

Against the strike, the employer will be able to apply to the lock-out process.

Lockout is defined as the collective removal of the employees from work by the employer and employer representative with their own decision or by following a decision of a union or confederation, in a way to stop the activities at the workplace completely.

Legal lockout is conducted in accordance with the provisions of the legislation in case there is a dispute arose by the time of execution of collective agreement and the employee union has decided for strike. A lockout occurred without the conditions of legal lockout shall be deemed as illegal.

[1] If more than one union satisfy the above criteria for authorization, then the union with the most members (who are employees of the employer) will be deemed authorized at the establishment. 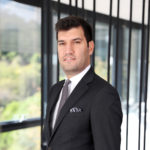