Newsletter On the Amendments to The Communique on Takeover Bids

The amendments made to the Communique are essentially regarding the procedures and principles of mandatory and voluntary takeover bids, including fee regulations, and amendments on to incidents where the obligation to make takeover bids isn’t arisen and exemption occasions. The relevant new regulations are as follows:

As known, in the event that the management control[2] of publicly held companies changes, mandatory takeover bids are required to be made by the ones who acquire the shares or voting rights that procure the relevant control right.

In this context, matters causing doubt within the application of the takeover bids process have been clarified with the amendments made on the Communique. Besides the other detailed regulations, it has been clearly regulated that the disclosure date of acquirement of the shares and voting rights that procure management control or the private written agreement regarding the taking over of the management control between the shareholders shall constitute the basis of the determination shareholders who can benefit from takeover bids and the share amount.  Also, the share amounts that may be subjected to takeover bids for publicly held corporations shall be calculated by deducting the last-in first-out basis of the sales, if any made until the actual takeover bid start date and on the end-of-day net balances from the shares owned as of the abovementioned date.

Brokerage Contract and Its Scope

In the event that a takeover bid is made, a brokerage contract should be executed between the bidder and investment enterprises. The elements of the relevant brokerage contracts have been revised with the amended communique; it has been regulated that no restrictions shall be imposed upon shares subject to transaction bans, legal disputes or any other encumbrances with any brokerage contracts.

In the event such qualified shares are included to takeover bids, the financial value of the shares shall be blocked (principles shall be determined in the information form) in a remuneration account opened by the bidder until the transaction ban ends or the legal disputes or claims cease.

Within the scope of Capital Markets Board principles regarding disclosing special incidents to the public, in accordance with Article 10 of the Communique, special incident disclosures regarding shareholders with publicly traded shares, conducted by the bidder shall be executed out of the stock market transaction hours.

Incidents Which the Takeover Bid Obligation Does Not Arise and Exemptions

Amendments have been made to clear up doubts and for clarity in some parts of the Article 14 of the Communique, for incidents where the takeover bid obligations do not arise. Accordingly, pursuant to the Communique, the voting rights procuring the management control of a company, the obligation to make a takeover bid also will not arise if people who make a takeover offer are accepted as acting together or declare that they act together, acquiring the control due to the transfer transactions between themselves. In addition, the management control of the partnership has been revised to include acquiring a share from the capital increase made by the partnership.

Among the exemptions from the obligation to make a takeover bid, share acquisition, which leads to the seizure of management control, arises from the provisions of inheritance, portion of the inheritance, property regime between spouses, has been added correspondingly with the foreign practices.

[1] Published in the Official Gazette dated 23.01.2014 and numbered 28891. [2] Pursuant to paragraph 1 of Article 12 of the Communiqué, holding directly or indirectly more than 50% of the voting rights of the corporation solitary or together with the people with whom they act together, or holding privileged shares that give the right to elect the absolute majority of members of the board of directors or to nominate candidates for the said number of memberships in the general assembly, regardless of the ratio in question, is considered as the procuring of management control. 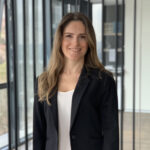 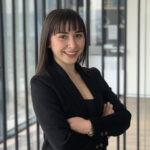 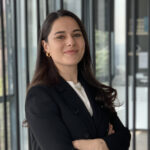