Transparency In Corporate Ownership in Turkey: Myth or For Real?

While criminals and money launderers hide behind anonymously owned companies around the world, secrecy in corporate ownership is considered as one of the risky areas for breeding corruption. When it is not possible to determine who the real owner of a company is, this indeed could be an easy way for the corrupt to escape from the law and launder the money in complex global financial transactions.

According to Europol, wealth held in secret companies amounts at least to €7.5 trillion, approximately more than %10 of world’s GDP. OECD estimates the assets as $11.3 trillion and Tax Justice Network between $21 and $32 trillion. The truth is that it cannot be precisely estimated since all transactions are secret. Lifting the secrecy in ownership of the companies is actually accepted as one of the effective ways to prevent cross country corruption schemes.

OECD, in its latest report of Behind the Corporate Veil, has urged governments to fight against such abuse of the corporates by ensuring the adequate information is available to the public by the corporate owners. In the report, OECD clearly states that secret corporate structures that provide the greatest protection to their shareholders with anonymity are actually the ones that mostly misused for the wrong dealings.

Turkey, one of the four countries rapidly dropping in the last 8 years of Corruption Percept Index of Transparency International, recently has been grey listed in Financial Action Task Force’s (“FATF”) review. In recent years, FATF has been warning Turkey to duly enhance its anti-money laundering investigations. Finally this year, Turkey was downgraded to grey list along with other countries deemed to be haven for questionable transactions.

On the other hand, this year, two important developments happened in Turkey in terms of secrecy in corporate ownership, notification of bearer shares and disclosures of the beneficial ownership to the authorities.

New regulations were introduced in relation to bearer shares of joint-stock companies with the Law on Prevention of Proliferation of Weapons of Mass Destruction numbered 7262. In accordance with the new rules, bearer share certificates and their owners will have to be registered with Central Registration Agency (“Agency”). Accordingly, bearer share certificate owners are also obliged to apply to the company with their share certificates until December 31, 2021. Otherwise, these shareholders will not be able to enjoy their rights arising from such shares depicted in Turkish Commercial Code. For instance, in order for shareholders to be able to attend the meeting, their names must appear in those charts obtained by the Agency and they are in possession of the certificates.  In the meantime, this new regulation does not have the real teeth as it only brings restriction for shareholders rights in case of incompliance. It does not restrict the ownership of the shares or transfer of possession like the other best practices in the world, therefore, has some gaps in terms of reaching the underlying goals of the regulation. Additionally, in case of incompliance, administrative fines shall be imposed on the relevant persons within the scope of the Law. Considering the fines to be imposed are between TRY 5.000 and 20.000, it is quite questionable that it will be deterrent for people diverting the law.

Second piece of newly introduced legislation in Turkey is the General Tax Communique of August 1, 2021. Under this regulation, certain entities, including corporates, have been subject to disclosure requirement for owners with 25% or more shares or control of the company. This disclosure had to be made to the Turkish Revenue Administration until August 31, 2021. Corporates also have to notify the beneficial ownerships to the authorities with their annual tax statements and as soon as when there is any change in the ownership. Even though new regulation appeared to be a positive step towards bringing more transparency to the corporate ownership, devil lies in the details. According to Article 8 of the Communiqué, in case of incompliance of the regulation, special irregularity fine will applied as foreseen in Tax Procedural Law. However, fine amount is between TRY 650-2.500, certainly not high enough for the perpetrator to be deterrent from committing the criminal act. Therefore, it could be easily assumed that these very low amounts can be ignored for the real corrupt to evade from the system requirements. Furthermore, if the beneficial owner cannot be determined, the regulations allow for the highest executive to be registered as the owner, which could yield false notification for hiding the real owner. Finally, the registration is not open to the public as required in EU Anti Money Laundering Directive and the best practices around the world.

Bearer share certificates and beneficial ownership of the companies were some of the areas that Turkey was constantly criticized by international organizations, especially by FATF. The new regulations appeared to attempt to bring some transparency for the corporate ownership in Turkey. Nevertheless, current state of regulations may be interpreted as just passing the muster and not quite matching with the international standards. And of course, the key is indeed how serious the regulations will be enforced and audited by the authorities. This is the real unknown. 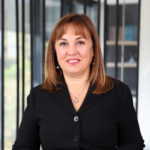